“There is no doubt in my mind that we will prevail. That is because South Africans have come together like never before to wage the struggle against this virus.”

The Solidarity Fund is a public benefit organisation with a mandate to support the national health response, contribute to humanitarian relief efforts and mobilise South Africans in the fight against COVID-19. 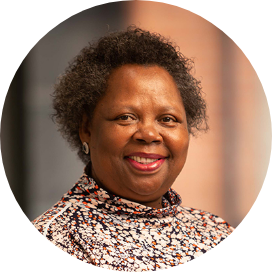 Founding Member and Executive Director of WIPHOLD and Chief Executive Officer of Wipcapital.

Holds a B.Com degree and an MBA from Rutgers University, New Jersey, USA. 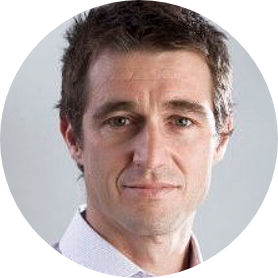 Executive Chairman of Yellowwoods, a European-based private investment group, and serves on the Boards of the Group’s businesses, including chairing Hollard Insurance Group.

Holds a BA Hons in Politics, Philosophy and Economics, and a PhD in Political Science from Oxford University.

Tandi Nzimande is a CA who began her career at Deutsche Bank. Following that, she acquired and ran a small business in the postal and courier industry for 4 years. During that period, she did work for WDB Investment Holdings (WDBIH), a women’s empowerment company where she eventually spent 14 years. She was most recently at Chapter One Innovation Brokerage, a business model research and development firm.

Tandi joined the Hollard Foundation Trust as trustee in 2013 and started working more closely with its Early Childhood Development programme, KYB Change Management and KYB Incubator, as well as its Youth Employment Accelerator Programme, Harambee. She is a board member of FirstRand, a trustee of the FirstRand Empowerment Foundation and a fellow of the Africa Leadership Initiative.

Tryphosa Ramano (Chair of the Audit and Risk Committee)

Qualified and registered Chartered Accountant (CA) with extensive experience in the financial services and various other key economic sectors. Tryphosa boasts a Bachelor of Commerce Degree and a Post-Graduate Diploma in Accounting from the University of Cape Town.

Currently, Tryphosa is self-employed as a consultant and serves as Board Member for IWFSA and Solidarity Response Fund.

During her tenure at PPC as CFO (2011-2019), Tryphosa played a critical role in the company’s expansion into the African continent, specifically in Zimbabwe, Botswana, DR Congo, Ethiopia, and Rwanda.

Prior to joining PPC Tryphosa occupied senior executive positions and directorships in key strategic companies and South African government in National Treasury. Her previous executive positions are as follows: CFO for WIPHOLD and CFO for SAA. Her previous directorships are as follows: ACSA, Adcorp, Sasria, SAA, Landbank, DBSA, Board of Auditors at African Union, PPC Ltd, USB-ED, SA Express Ltd, PPC subsidiaries outside of South Africa, chairperson of Black Business Council as well as former President of Association of Black Securities and Investment Professionals and African Women Chartered Accountants.

Chairperson of ENSafrica, specialising in corporate and commercial law.

Served as Chairman of The Commission of Enquiry into South Africa’s tax system.

Serves as the Chairman of the Specialist Committee on Company Law in terms of the Companies Act.

Served on a number of statutory bodies, such as the board of the Medical Research Council (SA); Health Professions Council of SA, appointed as a member and Chair of the SANAC Trust, as well as a member of the Council of the University of Kwazulu-Natal.

Holds a Medical Degree (MBChB) from University of Natal; Specialised in and admitted as a Fellow of the College of Obstetricians and Gynaecologists (SA); International Relations, Political Economy and Philosophy qualification from Moscow Institute of Social Science; MSc in Health Policy, Planning and Financing from the London School of Economics (University of London); as well as an Executive MBA (University of Cape Town’s Graduate School of Business).

Social entrepreneur who recently founded Future Nation Schools, which is a chain of affordable private schools in South Africa.

During the ten years as Economic Development Minister, he reshaped competition policy through negotiating far-reaching public interest commitments from companies in large mergers; supporting strong action by the regulators against cartels and collusion; and drafting new legislation to address economic concentration and abuse of dominance in the economy (adopted by Parliament during 2018).

He worked with a number of other ministries to lead the state’s approach to infrastructure development (through the Presidential Infrastructure Coordinating Commission, the PICC, whose technical Secretariat he headed).

His responsibilities since 2010 included overall strategic direction to the Industrial Development Corporation (the IDC), under whose leadership it expanded its approvals for new investment to R110 billion over the period, helping to create or save hundreds of thousands of jobs in South Africa, expand operations in the rest of Africa, support the development of renewable energy and focus on new industrial development (in areas such as food, car-making, steel production, clothing & textiles and the 4th Industrial Revolution). He directed the merger of separate small business funding institutions into the Small Enterprise Finance Agency (SEFA).

Through his oversight over the work of ITAC, he introduced a policy directive to enable greater use of scrap metal in local foundries and steel mini-mills, which helped to attract new investment and support local industrial capacity. He chaired the preparatory committee for the inaugural Presidential Investment Conference convened in October 2018.

His Ministry coordinated the work on the ‘New Growth Path’ economic strategy for South Africa, adopted by Cabinet in October 2010, which identified the centrality of employment as a development strategy, and set out a number of ‘jobs drivers’ in the economy. Since the adoption of the New Growth Path to December 2018, about 2,9 million net new jobs were created in South Africa.

He coordinated the conclusion of a number of social accords between government and other social partners on training, the green economy, youth employment and local procurement, in the period 2011-2013.

He was born in 1962. His mother worked for many years in clothing factories in Cape Town. He had a long history of involvement in anti-apartheid activism, playing an active role in student, youth, community and worker protests. He was detained on three occasions during the apartheid era without trial and was held under the Internal Security Act and the Terrorism Act.

During the democratic period, he contributed to social dialogue, labour and employment matters, having led organised labour’s negotiations on economic policy in South Africa. In this context, he was closely involved in drafting a number of broad accords on economic policy matters. He has been involved in the textile industry in the organisation of labour and in dealing with social, trade and industrial matters. He has served for more than a decade on the Governing Body of the UN agency, the International Labour Organisation (ILO), and led global negotiations on matters as diverse as policy and standard-setting on human resources development, cooperatives, the employment relationship, globalisation and social justice and the Global Employment Agenda.

Now serving as the Overall Convenor of the NEDLAC Community Constituency and the following Boards: Board Chairperson of the PSETA, UIF Board Member, and Proudly South African Board Member.

National Treasurer at the National Health, Education and Allied Workers’ Union (NEHAWU) and Trustee of the NEHAWU National Provident Fund.

On the board of the Government Employment Pension Fund (GEPF).

The Solidarity Fund was created on 23 March 2020 to respond to the COVID-19 crisis in South Africa. It is a platform for the general public, civil society and the public and private sector to contribute to the consolidated effort to fund various initiatives.

The Fund works closely with government and business, but it is independent of both of them. It is responsible for, and controls, the funds donated, and is accountable to them, with Old Mutual administering the funds on a pro bono basis.

The Fund will make public all donations and payments from the Fund on a regular basis. They will be administered by Tshikululu Social Investments to ensure transparency, monitoring and impact measurement.